Last month, leading executive search firm 4c Executive invited the family, friends and colleagues of its Non-Executive Director Ian Rainey, to celebrate his successful career across the globe and officially mark his retirement.

Ian is best known to many in Northern Ireland as being the managing director of MSL Executive Search & Selection, a role in which he held for over 23 years until 2017. However, before returning to Northern Ireland to head up Belfast International Airport, he spent many years working internationally in senior positions in the likes of South Africa, the US and London.

In 2017, following the acquisition of MSL Executive Search & Selection to 4c Executive, Ian joined the company as a Non-Executive Director, where he sat on the board and played a pivotal role in developing the firm’s ambitious growth strategy.

Speaking at the event, Gary Irvine, 4c Executive’s founder and CEO, said that it had been a privilege knowing and working with Ian throughout his career in Northern Ireland.

He added: “Having grown an extensive and loyal client base of some of Northern Ireland’s leading organisations, particularly during his time at MSL, Ian’s unrivalled knowledge and experience of the private, public and third sectors brought an additional level of expertise to 4c Executive at a crucial time in our growth and development.

“The amount of people that attended the event earlier this month is testament to how well he is thought of in the local business community.

“Ian has been a great mentor to me and many others throughout his career in Northern Ireland, and I would like to wish him every success in his retirement.” 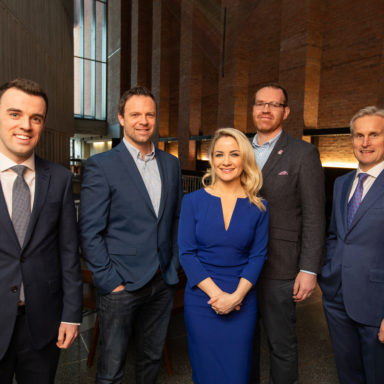